The National Insurance Commission (NIC) has recorded over 78,000 newly insured vehicles as of February 17, since it implemented the Motor Insurance Database (MID). 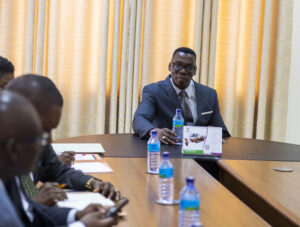 The Commissioner of Insurance, Justice Yaw Ofori, disclosed this Monday, February 17, at a meeting with the Greater Accra Regional Executives of the Ghana Private Road Transport Union (GPRTU) of the Trades Unions Congress (TUC), paid a courtesy call on the management of the NIC, the regulator of insurance entities in Ghana.

The MID was implemented on January 1, 2020, and is providing a centralised system from which security agencies and the general public including passengers of vehicles can check the validity of vehicle insurance instantaneously.

The checks can be done through the use of a mobile phone, receipt of acknowledgement of transaction via a text message or by scanning a QR code on the insurance sticker by the Police MTTD.

Moved by their excitement at the new development, the GPRTU leaders lauded the NIC for its bold initiative and thought it had been long overdue.

The delegation, led by its Chairman, Mr Emmanuel Nii Ankrah, nonetheless expressed their concerns regarding their assumption that the premium rates have been increased particularly those being charged on 2020 registered vehicles. 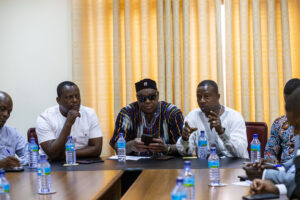 The Commissioner of Insurance on his part, explained that premiums had not been increased but because insurance companies are now complying and charging the rightly regulated premiums on particularly the 2020 registered vehicles through the database effective January 1, 2020.

Mr Ofori bemoaned the situation when, in the past, some insurance companies were undervaluing vehicles and competed on prices rather than on service thus making it quite challenging for some of them to pay genuine claims promptly.

“Huge claims arising out of fatal accidents involving commercial vehicles had been a major headache for many insurance companies as they were not liquid enough to honour claims promptly resulting from the lower-than-regulated premiums they had charged in the past,” the Commissioner cited these as some of the reasons some members of the insuring public do not have confidence in insurance companies.

He, however, stated that with the MID, it is expected that insurance Companies will be in a better position to pay genuine claims promptly to the utmost protection of policyholders and innocent third parties. 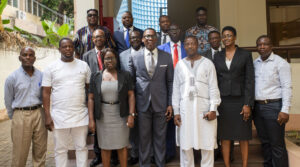 The delegation expressed their delight at the move as it has been the challenge of the leadership of the GPRTU when their members fall victim to the menace fake insurance stickers. They lamented the situation where some of their unsuspecting member drivers were cowed into purchasing cheap motor insurance with stickers which looked exactly like the originals. The reality dawned on these drivers only after they were involved in accidents that warranted a claim which was repudiated by the Insurance Companies they were purported to have insurance cover with.

Mr Justice Ofori expressed his appreciation to the leadership, not just for their cooperation at the new development in the Insurance sector but also saw it as an issue of national importance and had embraced the initiative that would help sustain the livelihoods of families of accident victims economically.

Mr Ofori also hinted to the delegation that the NIC has since launched a nationwide training of Personnel of the Police Motor Traffic and Transport Division (MTTD) to enable a smooth enforcement of the database.

The Executives having received a conviction after having obtained these clarifications pledged their support to the Commission by way of educating their members so as not to fall prey to dealers of fake insurance and requested copies of the actual regulated premiums rates which they were provided.

The leaders of the driver union used the opportunity to intimate their plans of rolling out an educational campaign to their members to which the Commission had no objection with the Management pledging their unflinching support to one of its biggest stakeholders – the GPRTU.