Insurance Quiz Competition in Sunyani to be replicated in other Regions – Dr. Justice Ofori, Commissioner of Insurance

Insurance Quiz Competition in Sunyani to be replicated in other Regions – Dr. Justice Ofori, Commissioner of Insurance 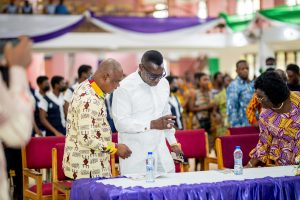 The competition which is the first of its nature saw a keen contest among four (4) Senior High Schools in the region after the NIC’s Regional Office established Insurance Fun Clubs to sensitize them on insurance.

The competing schools and contestants were awarded trophies, cash prizes and certificates for their participation. 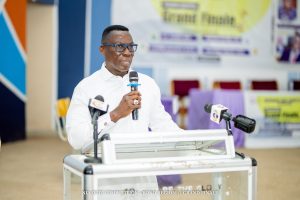 Commissioner of Insurance, Dr. Justice Ofori in his remarks at the end of the contest expressed delight at the impressive manner in which the contestants responded to questions posed.

He indicated the importance of the exercise on educational value and announced it will be replicated in all regions across the country in the coming months.

It will be recalled that the NIC in collaboration with the Ghana Education Service (GES) launched a nationwide ‘catch-them-young’ approach to providing education to students in the second cycle institutions in 2020. This was a strategy in response to addressing the poor knowledge of insurance which is contributing to the insurance penetration rate. 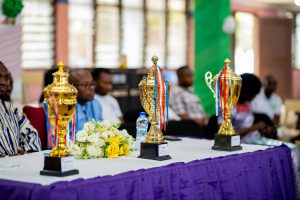 The implementation of the NIC-GES collaboration by the NIC Bono Regional Office is the Commission’s resolve to uphold Dr. Justice Ofori’s conviction that when people are educated on insurance, they appreciate its importance rather than having a feeling of compulsion to purchase insurance.

Meanwhile, some dignitaries who graced the occasion were Bono Regional Minister, Madam Justina Owusu-Banahene who was the Special Guest of Honour and Bono Regional Director of Education.

Mrs Ivy Asantewa Owusu who chaired the occasion was present along with the Chief Director of the Bono Regional Coordinating Council and the Director of the Ghana Insurance College, Mr Richard Okyere.