Dr. Justice Ofori, Commissioner of Insurance hits the roads with MTTD Director-General to educate drivers and the public on Insurance

Dr. Justice Ofori, Commissioner of Insurance hits the roads with MTTD Director-General to educate drivers and the public on Insurance 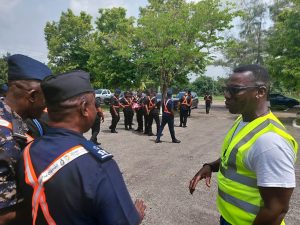 The Commissioner of Insurance of the National Insurance Commission, Dr. Justice Ofori has joined hands with COP Mr. Francis Aboagye Nyarko, Director-General of the MTTD of the Ghana Police Service in a swoop in the Eastern Region to clamp down on vehicles carrying with them fake motor insurance policies.

The sensitization and enforcement exercise saw over 120 vehicles stopped and inspected by the two big wigs and other Senior Police Officers of the MTTD.

Out of the number of vehicles checked, close to 20 were found to have been carrying fake insurance policies.

The drivers of these vehicles were immediately provided instant insurance policies by insurance companies present before they were allowed to continue with the journey to their various destinations.

The exercise climaxed a nationwide Training of Trainers (ToT) and orientation programme organised for top Commanders of the MTTD on the MID. 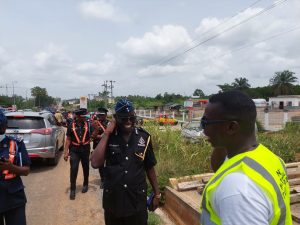 Meanwhile, the Senior Police Officers (SPO’s) were drawn from all 18 administrative regions of the GPS for the training programmes.

The purpose is to extend the training on the MID exclusively to cover the SPO’s within the MTTD in order to provide them with knowledge of MID, which has been a game changer for insurance sector and for road traffic investigative purposes.

The MID which was launched in 2020 seeks to curb the disruptive incidents of fake insurance stickers in the system.

It will also lead to the realization that developing technology impacts innovation and has the potential to change the insurance industry.

Dr. Justice Ofori indicated that: “the use of the MID for enforcement on our roads has not only provided support to the insurance industry but I believe it is also helping the Police in their road traffic investigations with the view to protect innocent lives and property. Drivers and vehicle owners have become more cautious and no longer susceptible to the modus operandi of fraudsters,” he disclosed. 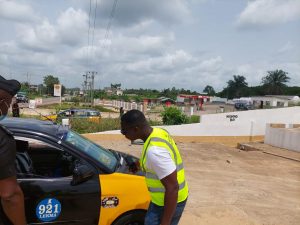 He further added that the recent spate of road crashes has become a major concern for Ghanaians as the rate of deaths and injuries are still worrying though a reduction in the figures compared to last year’s.

“As stakeholders, the Police and the NIC can only work together to help minimize the canker and also to ensure that adequate compensations are paid to affected victims through valid insurance claims”, the Commissioner admonished.

Meanwhile, available statistics from the Police MTTD point to the fact that the months of January and February 2022 have seen a reduction in the number of deaths on our roads which stand at 469 as against 517 during the same period last year.

The Director-General of the MTTD, COP Mr. Nyarko on his part commended the NIC for its commitment and resolve in continuously supporting the Police in the enforcement of the Road Traffic Act 1958.

“As a result of our partnership with the NIC, there has been a great improvement in our road traffic policing. The Commission has been our old time stakeholders and sponsor. They have been assisting us a lot in terms of training programmes to make sure that we bring a level of sanity on our roads. There has been a monumental improvement in terms of traffic management”, he pointed out.

The orientation programmes are a follow up to the nationwide Training of Trainers (ToT) seminars organized for FRONTLINE MTTD Officers in the past two years. 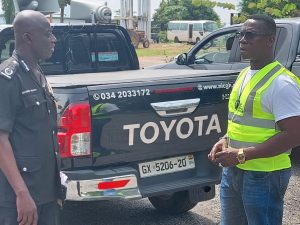 The programme has the overarching objective to expose the MTTD Commanders to be in the position to understand, interpret and enforce the dynamics of the MID in the discharge of their duties in supervisory roles.

The training covered an overview of the MID since its introduction and how to use the GoTa phones to detect fake insurance stickers, review of operational activities on the enforcement of the MID among others.

It is expected that the MTTD Commanders in all the Regions will act as effective and efficient supervisors in the dispensation of the software and the prompt issuance of police accident reports to victims in pursuance of their insurance compensations.

It is worthy to note that this is the first time a Commissioner of Insurance has taken steps to consciously partner the Police in this joint efforts on the roads to ensure that lives of innocent people are saved.